As an Amazon Associate, I earn from qualifying purchases.

The refrigerator is a necessary household appliance, present in every home. Among the large appliances, it is one of the few that must always be in operation, 24 hours a day, and it is therefore very important to evaluate the potential electrical consumption of a refrigerator before buying it.

How Much Refrigerator Consume Electricity?

In Italy there are about 25 million refrigerators, active all day and all year round: it is perhaps not surprising to know that refrigerators consume more than 3% of all electricity consumed each year in the country. But how much does a refrigerator consume, on average? What are the factors on which consumption depends?

Now, a refrigerator has on average a minimum power of 100 Watts and a maximum of around 300 Watts. However, the power is not sufficient to define the consumption of the single appliance by itself, which also depend on factors that are independent of the power:

On the label showing the energy efficiency class, there is also a number indicating how many Watts are consumed on average each year by the appliance in question. Assuming an expense of € 0.20 per 1 kWh, we will therefore have such a situation:

The energy class of a refrigerator can define its consumption up to five times it, in the case of a not too sensible choice; it is, therefore, good to take into consideration, as a priority factor when choosing a refrigerator, the energy efficiency class to which the appliance belongs. 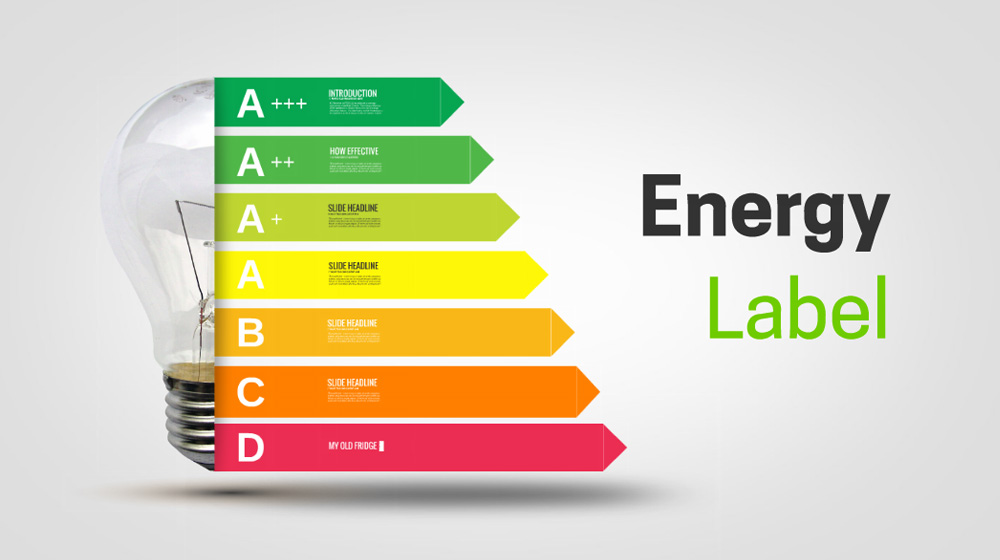 Correct Use of the Refrigerator

The correct use of an appliance generally begins with the purchase: choosing the capacity that best suits your needs can avoid unnecessary energy expenditure.

For example, a 250-liter refrigerator will suffice for two people, one with a capacity of 100 liters or a little more will be enough for one person. Consumption increases, as we have seen, considerably with increasing cell capacity. It is therefore a good habit to consider your real needs at the time of purchase.

The stability of the temperature and the correct positioning of the refrigerator are equally important factors: the refrigerator should be placed at least 10 centimeters from the walls to allow sufficient ventilation of the condenser placed on the back.

It should also be positioned away from heat sources, which would make it more difficult to maintain the internal temperature, resulting in more work and consequently greater energy consumption.

It is advisable to avoid placing still hot food in the refrigerator, which would heat the cell and force the appliance to overwork. Furthermore, we have already seen that long reflections in front of the open door of the refrigerator should be avoided with equal care.

It is better to open and close the fridge quickly, in order to avoid dispersing the cold and leaving the cell temperature as unchanged as possible.

Even filling the refrigerator too much, although satisfactory, is not particularly suitable for correct and efficient use of the appliance: the fuller it is, the more electricity it will require to maintain the average storage temperature.

The refrigerator is one of the few appliances to be in operation 24 hours a day, and which does a constant job in terms of yield as well as consumption. Therefore it will not be the factors strictly related to use that will affect consumption, like those relating to the characteristics of the appliance.

For example, so-called “stand-alone” refrigerators are preferable, in terms of efficiency, to built-in ones, which tend to overheat too much due to poor ventilation of the condenser area.

Another precaution is in the choice of the model: there are refrigerators of all kinds and sizes: from the single door with freezer to the combined double-door, up to the “French Door” which has 3 or 4 doors. As we have already seen, a refrigerator with more doors tends to have much higher consumption than a single door, which allows keeping the internal temperature more stable.

For an ideal use of the refrigerator, it must be considered that an orderly arrangement of food allows for more homogeneous and therefore correct refrigeration: it is therefore important that our fridge has the internal accessories (shelves, drawers, accessories) that best suit our needs.

As with the rest of household appliances, maintenance also plays an important role in defining energy efficiency. Regularly cleaning the coil and the shelves of the refrigerator and periodically defrosting the cell are habits that allow you to keep your fridge at the ideal state of efficiency for as long as possible.

Once you have ascertained how much a refrigerator consumes, you just have to choose the one that’s right for us. There are refrigerators on the market of all shapes, colors, and sizes.

There are expensive and chic ones – and in some cases, the refrigerator is a real status symbol – but also very cheap: just think that class A + refrigerators are already commercially available for less than € 200, only among the most known.

Clearly, for greater energy efficiency it will be necessary to increase the initial investment, which we have seen a return in a few years thanks to savings in the bill.

The average price range of refrigerators is around € 500-700, and in general, it will require an expense of at least € 1000 to guarantee your home a refrigerator considered “high-end”.

The refrigerator is therefore an inevitable household appliance, but which involves an initial expense that can be important, and which involves a constant consumption of electricity, which we have seen how to analyze and control.

All that remains is to identify your needs and choose the fridge we like best!

How Does an Air Fryer Work? – [Everything Explained!]

How to Fight Against Humidity? [The Best Solutions]

I love working in homes and the kitchen on holidays. Out of respect and love for home activities, I created this site. To learn more and using the home and kitchen tools properly, I decided to help people like me to learn about home appliances, how to use them. Welcome to my site, Gearzon.com.

This site is owned and operated by Joseph Harris. Gearzon.com is a participant in the Amazon Services LLC Associates Program, an affiliate advertising program designed to provide a means for sites to earn advertising fees by advertising and linking to Amazon.com